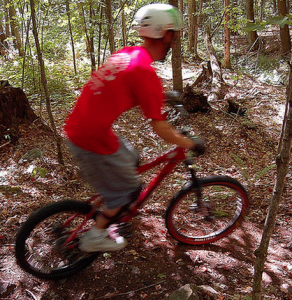 In business, we’ve long utilized customer testimonials to help us attract new prospects. Typically, we’ve done it in text form but how convincing is that? Anybody could have written or edited them. And text does little to convey emotion and enthusiasm.

What if your prospects could see your customers talking about you in a video? Social is increasingly 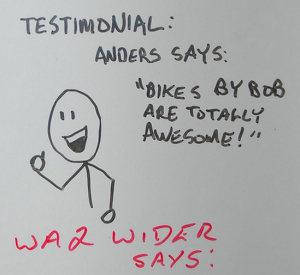 about video. And YouTube (the leading video site) long ago passed Yahoo and Bing as the number two search engine (behind Google itself, YouTube’s owner).

They don’t want to hear your customers saying how awesome you are. Instead, your prospects want to hear about what your customers have accomplished using your products and services. Remember, in marketing it’s not about you, it’s about them, their objectives, and their customers.

You don’t need to hire a video production company because you’re not looking to make a commercial. We’ve all seen plenty of those and we know how to tune them out.

Instead, grab your Android or iPhone and go to your customers’ sites. Or find them at tradeshows or industry events where there’s energy in the air and many of them in attendance. In either case, you’ll have authenticity working for you.

Ask your customers to talk for 15 seconds about their situation before doing business with you. They’ll describe the same pain that your best prospects are experiencing. Then, have them talk for 45 seconds about what they’ve been able to achieve using your products and services. They’ll paint the same beautiful bridge that you want your prospects to cross.

I have a few other tips: With your camera phone in hand, stand just 3 to 4 feet away from the person, framing their head and shoulders with the camera at eye height. This makes it feel like we’re face-to-face with the person, increasing trust. Avoid windows and bright backgrounds. You don’t want your customer to appear to be in the witness protection program.

Typically, the camera’s forward-facing microphone is sufficient to pick-up the audio. By not pinning a microphone on your subject, you’re simplifying the process and increasing authenticity. Just avoid windy or noisy environments.

If a particular video doesn’t work out, you’ve lost just a few minutes. There’s no rule that says you have to use every attempt. One marketing manager told me that in one hour, she captured ten testimonials at a tradeshow and that six were fabulous. Use those six.

So where should you post your videos? I recommend putting them on your website on a “customers stories” page or peppering them throughout your blog. If your business sells primarily to consumers or to a relatively large business audience, post the videos on YouTube on your own channel.

Be sure to include relevant keywords in the titles and descriptions so that your videos are found when people search for what you do. This alone can increase your website traffic by 10 to 20 percent, and maybe more.

And one last thought: Google and Apple are investing millions in speech-to-text conversion. It won’t be long before the words in your videos are included in the search algorithms. So include a few keywords in the content itself. Your videos will only become more effective over time.